User registration is disabled in this demo.

Please enter your username or email address. You will receive a link to create a new password via email.

Australian Rent Is On The Decline But Melbourne Is On The Incline. 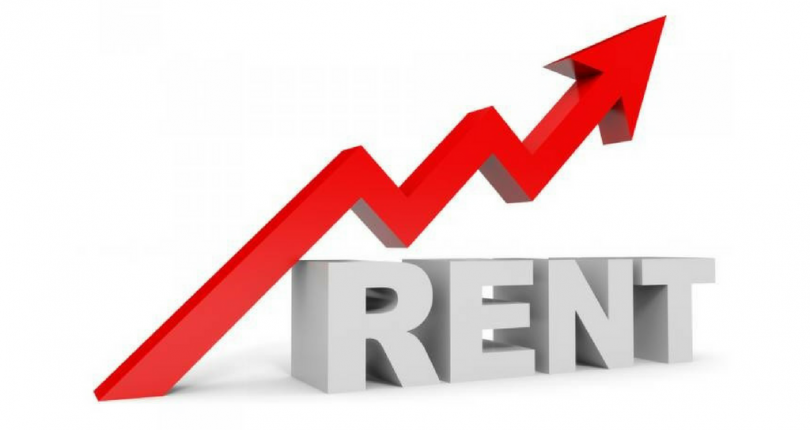 Australian Rent is on the decline, but Melbourne is on the incline.

As the cost of rent throughout Australia continues to drop at record rates, rent across the capital cities fell by 0.3% according to the latest CoreLogic Rental Index. The year-to-year drop is the steepest on record since the survey first began in 1996.

Nationally, the average rent is at $483 per week, back to where they were in December last year. In terms of dwelling, the median rental rate for houses is now at $485 per week, a decrease of 0.9% in comparison to last year’s figures. Unit rents have fared slightly better, with an increase of 1.0% to $467 per week over the same period. Yes, Units tend to get the most attention, however there are currently more houses to let, explaining the overall decline in median rental rates.

However, not all cities have recorded declines, some indicating positive figures for homeowners. Melbourne investors have the luxury of increasing or keeping the same rates for their properties, where the CoreLogic Rental Index highlights an increase of 2.0% in change in rent over a year period. The table below shows the change in rents across Australian capital cities, along with gross yields for investors. 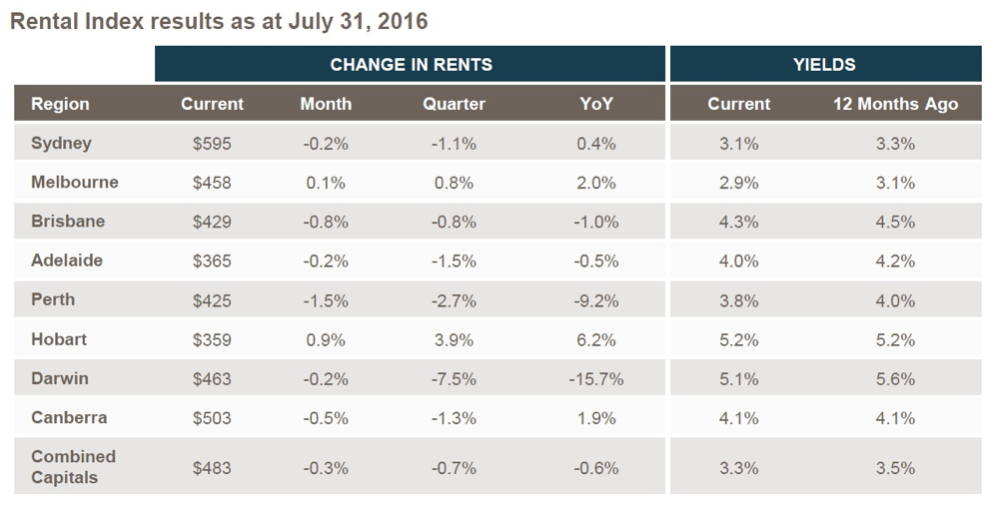 The following two charts looks at the annual change in rents for both houses and units, overlaid against rental yields.

From a combined capital perspective, gross rental yields for houses currently stand at 3.2%, lower than the 4.1% level for units. The decline in yields over the past year has been exacerbated by the twin effect of higher houses prices and declining rental costs.

Looking into the future, CoreLogic expects that the weakness in rental growth will likely persist for some time yet.

“Housing supply, and subsequently rental supply is continuing to rise and set to increase significantly over the coming years given the level of stock under construction,” says CoreLogic. “As growth in wages and the population continues to slow, it is unlikely we will see a turnaround in rental markets in the short-term.”

While not great news for housing investors, that, says CoreLogic, is a boon for those willing to rent.

“Renters will continue to have more choice and will likely be able to move into superior rental accommodation for similar or even lower costs,” it says, noting investors looking to increase rents could face difficulties given “soft rental conditions and substantial ramp-up in housing supply”.

According to research released by UBS earlier this month, growth in Australia’s housing supply still has a long way to go yet, suggesting that the cycle — even after the enormous surge in construction already seen — is only two-thirds complete.

The bank is forecasting a super-cycle in high-rise apartment completions over the next two years, predicting they will increase by another 50% to around 110,000 per annum, or double the pre-boom trend.

While the sheer volume of new housing supply will add to downside price pressures — not only for rents but also unit prices — it could also place further pressure on consumer price inflation given housing rents make up a considerable chunk of the ABS’ CPI basket.

“The significant increase in apartment supply in train is likely to weigh on rental growth further, which is a large component of the CPI basket and means that the RBA will find it difficult to return inflation to its target band in the near term,” wrote the NAB late lasst month month.

“Either way, given the significant new apartment supply in prospect over coming years, the RBA is likely to have to get used to, to some extent, subdued core inflation readings for some time,” it added.

How The Renting Game Varies from State and Territory.

What You Need To Know About Finding Student Accommodation In Geelong.

How a Property Manager Can Help Attract Good Rental Tenants.

So you have an investment property and that is step one done and dusted. You have taken the time to...

Three Things a Good Property Manager in Geelong Should Have.

It takes years of planning, saving and hunting before we can call ourselves homeowners. It takes...

Perhaps you just bought a new house, or you are finally able to take the step towards renting the...